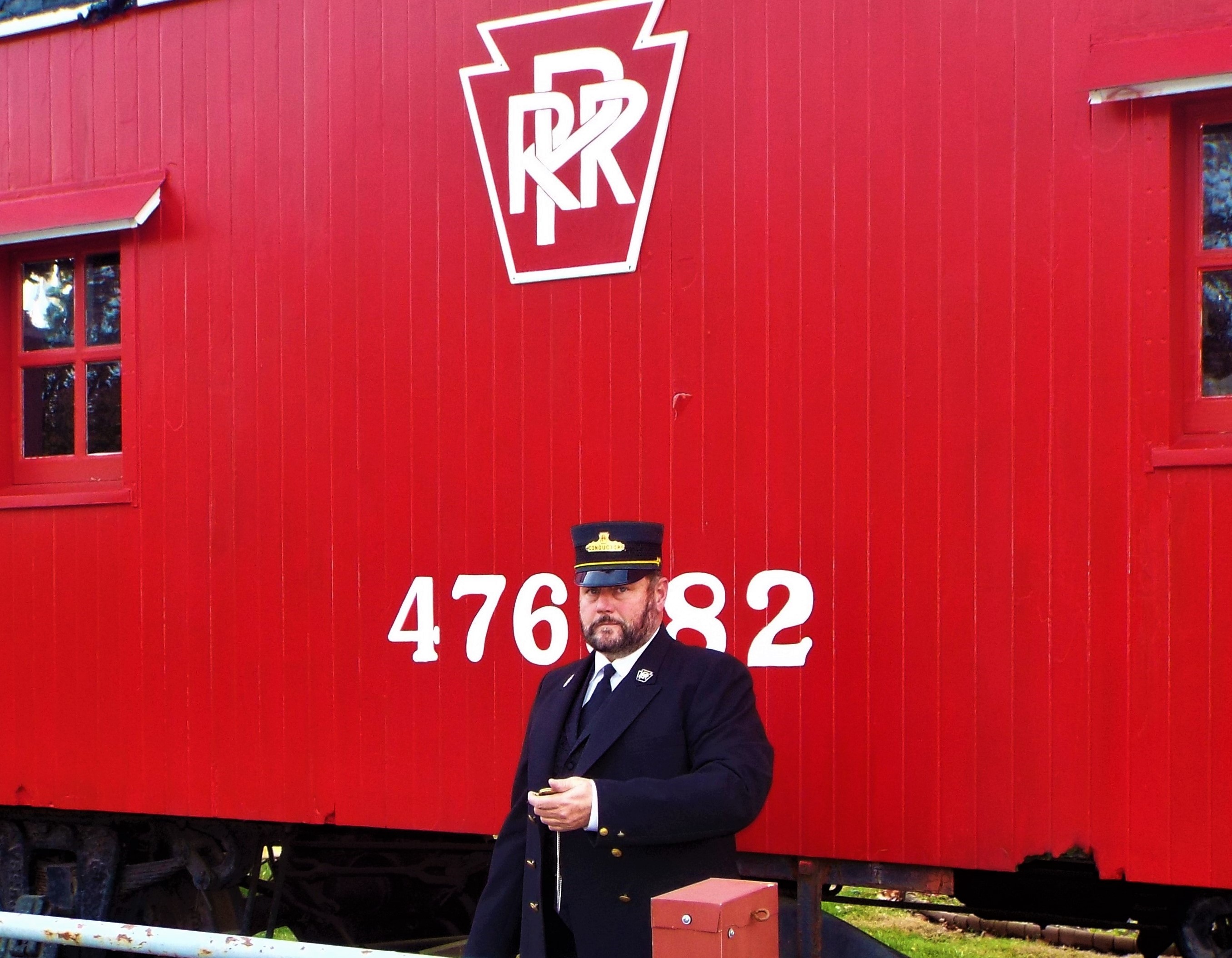 The Long Trains Roll on Saturday, September 24 at 1:00 PM in the Ligonier Valley Library's community room.

When the United States entered World War II in late 1941, Altoona became an important part of the war effort being the most important rail connection between the Midwest and the East Coast shipping ports. To strike at the Pennsylvania Railroad and specifically the Horseshoe Curve would have hindered America's ability to move troops, war material, and natural resources necessary to support the fighting in both theaters. Most important was the propaganda value, as Hitler saw it, of such a terror attack.

In June of 1942, four highly trained Nazi saboteurs came ashore in Long Island, and tried to move inland to their assigned targets across the eastern seaboard, but were foiled along the way. Horseshoe Curve proved so vital in its military value that it was fenced off and under 24-hour military guard until 1946. The tale of these Germans is little known, but fascinating, and reflected now in a time of international terror attacks across the globe.

A fictionalized version of this tale of espionage was manifested in “The Long Trains Roll” by Stephen Meader, giving a young railroader’s personal account of not only working in and around “The Curve” and the Penny’s Altoona yard, but fashioning a story about a Nazi spy’s attempt to destroy this valuable asset to our inevitable victory over fascism in 1945.

Telling the story for you as a PRR trainman, Professional Living Historian Ken Serfass will rely on historical research and his own practical experience as a railroad brakeman with various tourist railroads in Pennsylvania to give a credible account of those times on the “Standard Railroad of the World”, and the stress and excitement of working with steam locomotives in this interesting period.  Enjoy the combination of history in railroading, World War II, and even the politics of fighting terrorism as the stories tie together the plight of the Nazi attempts on some of our most important assets of the 1940s.

No tickets required! This program is free and open to the public. Come aboard and be immersed in history.

Retired Gunnery Sgt Kenneth J. Serfass, USMC, is a civil war reenactor and a full-time professional living historian. He is best known for portraying Ulysses S. Grant, but also portrays Abraham Wolfe, the first keeper of the Sea Girt Lighthouse, and a non-descript conductor on the once-great Pennsylvania Rail Road. The rail road stories allow him to indulge his lifelong hobby as a train enthusiast. With his training on the Strasburg RR, which runs steam locomotives for tourist rides, he has developed a better understanding for rail roading in a by-gone time. And his love of the “Pennsy” comes through in this talk not only about the saboteurs, but also how the rail road came to built the world-famous Horseshoe Curve at Altoona PA.

Adding a new persona to Ken's repertoire meant more study and research, as well as a new uniform. Ken jumped in head first to bring this little remembered incident from the golden age of rail roading, and at the height of the Pennsy’s success as a modern rail road, to the modern audience with little knowledge of that era in a way that even the non-train enthusiast will enjoy.

Entertaining and educational, the talk is outside the usual themes of most history related presentations. The spectrum of interested venues includes schools, service and history clubs, as well as museums, retirement communities, and especially libraries where it’s easy to carry on further exploration about the greatness of America’s rail roads.

Ken enjoys sharing the stories of a forgotten but important incident in US history that rings true in the modern era of international terrorism.  Stories like this give insight into the past about building our country and help people remember what life was like as America became the great power we know and love.